JMC Fellows Erin A. Dolgoy and Kimberly Hurd Hale contribute to a collection that examines the link between classical political philosophy and short stories. 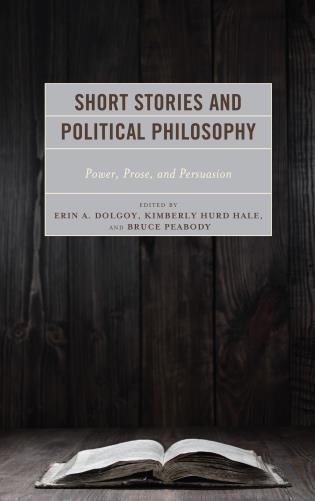 Edited by JMC fellows Erin Dolgoy and Kimberly Hurd Hale, Short Stories and Political Philosophy: Power, Prose, and Persuasion explores the relationship between fictional short stories and the classic works of political philosophy. This edited volume addresses the innovative ways that short stories grapple with the same complex political and moral questions, concerns, and problems studied in the fields of political philosophy and ethics. The volume is designed to highlight the ways in which short stories may be used as an access point for the challenging works of political philosophy encountered in higher education. Each chapter analyzes a single story through the lens of thinkers ranging from Plato and Aristotle to Max Weber and Hannah Arendt. The contributors to this volume do not adhere to a single theme or intellectual tradition. Rather, this volume is a celebration of the intellectual and literary diversity available to students and teachers of political philosophy. It is a resource for scholars as well as educators who seek to incorporate short stories into their teaching practice.

Erin A. Dolgoy is a postdoctoral fellow of political science at Rhodes College, with specializations in political theory and American politics. Her research focuses on the social and political influences of science and technology, in both the early modern period and contemporary American context.

Learn more about Erin A. Dolgoy >>

Kimberly Hurd Hale is an assistant professor of politics at Coastal Carolina University. Hale’s primary research and teaching interests are classical political philosophy, early-modern political philosophy, American politics, American political thought, politics and technology, and politics, literature, and film. She is the author of Francis Bacon’s New Atlantis in the Foundation of Modern Political Thought (2013: Lexington Books) and The Politics of Perfection: Technology and Creation in Literature and Film (2016: Lexington Books).